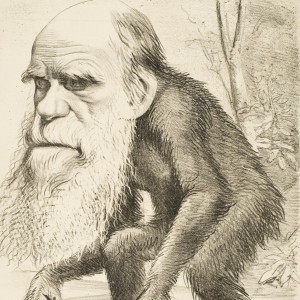 Learning about biology can be a humbling and fascinating experience. I never feel more exhilarated by the complexity of the natural world than when I’m reading about hidden relationships between different animal species, finding out the age of different types of organisms, or learning when different traits first appeared.

But it’s only in the last few years I’ve given due care and attention to trying to get clear in my head about how the history of life all ties together. In doing so, I started to notice patterns among the facts that were truly surprising to me and to others. Surprises are important: when a piece of information startles you, it’s evidence that you were previously operating under a kind of misconception, or at least that your intuition was misleading. After all, being surprised is kind of a way of being wrong about something – if your instincts were really on point, then nothing would ever surprise you, because you’d have been able to predict it.

So, with that in mind, here are three potentially misleading intuitions about the history of life, and corresponding to them, three kinds of fact about living things that continually succeed in surprising me.

Intuition one: the older a species is, the simpler its physical structure and behavior; likewise, more complex species are in general more recent than simple ones.

This intuition isn’t wrong all the time. It’s certainly true that the history of life has inclined towards greater complexity as time goes on – bacteria had Earth to themselves for two billion years or so, and even after eukaryotes joined the party, it was another 1.5 billion years before multicellular life appeared. But even if some organisms are always at the cusp of complexity, pushing the boundaries of behavior and size, there are always plenty of new ecological and avenues opening up for more modest forms of life.

This intuition may also have had a role to play in what could turn out to be one of the great mistakes of evolutionary biology, namely the idea that sponges – these simple animals – were the most basic form of animal life, and the ancestors to all animal life. New evidence suggests that comb jellies (shown below) are older than sponges, and that the latter may actually be a kind of evolutionary degenerate who have lost parts of the nervous system characteristic of organisms like jellyfish, lobsters, sea turtles, and Taylor Swift. That doesn’t change the fact that sponges are almost certainly very old indeed, but they may be evolutionarily younger than some more complex creatures. 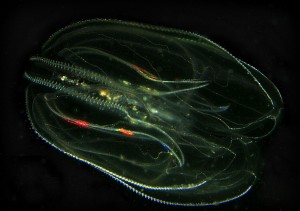 Intuition two: the more two organisms resemble each other, the more closely they are related

Nowadays, we all know not to take this intuition too seriously – we know that snakes and worms aren’t related, and that whales and fish are completely different. But it’s initially hard to make sense of the idea that humans are more closely related to sea cucumbers than to lobsters, despite the fact that humans and lobsters have articulated limbs, plus eyes and a host of other well developed sense organs, while sea cucumbers have none of those things. Another bizarre example can be found in the fact that humans are more closely related to tuna than tuna are to sharks, even though the latter two sets of species look extremely similar, share many anatomical similarities, and live very similar lifestyles, swimming around under the sea eating smaller fish. (In fact, Randall Monroe over at xkcd has a great cartoon about this, showing how Tyrannosaurus Rex is far more closely related by any reasonable metric to a chicken than to a ‘fellow dinosaur’ like Stegosaurus.)

Nor are such cases confined to larger organisms. I was astonished to discover, for example, that the worm-like plasmodium parasite shown below is more closely related to a house plant than to a human being. The same is true of hosts of mobile little micro-organisms, including the swift-moving dinoflagellates and ciliates. Although these things look like tiny little animals, they in fact have genetically more common with plants than animals. 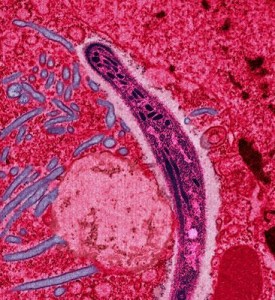 Again, while this intuition can be misleading, it’s not totally off the mark – frequently, guesses about evolutionary ancestry can be made on the basis of morphology. Humans look a little like hairless apes, and guess what? They’re our closest living relatives. To offer a less obvious example, I’ve often been struck by how dog-like sea-lions can appear to be, even down to their barking, and it turns out this isn’t a total coincidence – like walruses (and, with some complications, seals), they’re all in the order Caniformia, a suborder of Mammalian Carnivora also containing dogs, bears, otters, and raccoons.

The main reason this intuition leads us astray, however, is the phenomenon of evolutionary convergence: when we see two very similar-looking organisms, they may be related, but they could also just have found themselves in a similar ecological niche. It seems environment plays as big a role as ancestry in determining organisms’ appearance, and creatures that develop similar lifestyles often develop similar adaptations, as beautifully illustrated by the visible similarities of dolphins and ichthyosaurs (reptilian marine animals that lived some 100-200 million years ago). Despite their physical similarity, dolphins and ichthyosaurs may as well be unrelated – their last common ancestor was probably a land-dwelling reptile who lived 400 million years ago, long before mammals even existed. 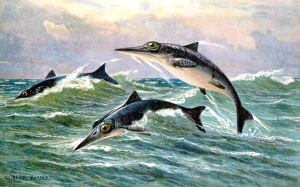 Intuition three: the larger an organism, the more complex its physical structure and behavior.

Probably my favorite single fact in all of biology is this: there’s a certain species of bacterium that’s bigger than a certain species of wasp. Specifically, the gigantic bacterium Thiomargarita nambiensis grows up to 0.75mm in size – big enough to be readily visible with the naked eye – while the diminutive ‘fairy fly’ wasp includes species just 0.15mm in length, thus all but invisible to us. But whereas Thiomargarita is a single-celled organism without well-defined organs and sensory capacities, fairy flies are fully-fledged wasps, with mouths, reproductive organs, eyes, and (yes) wings.

I was surprised by this partly because it’s strange to think that such a simple creature as a bacterium could grow so large (although admittedly bacteria possess more sophisticated behaviors than most people give them credit for). Similarly astonishing to me are the beautiful single-celled Foraminifera shown below, single-celled organisms that live in the ocean and grow up to a half a foot in length. 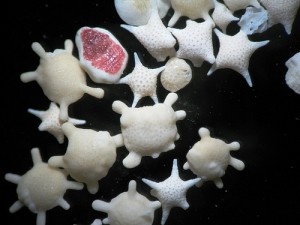 But perhaps even more surprising than big simple creatures are the small complex ones. The aforementioned Fairy Flies pack an incredibly complicated physiology and nervous system into a minute space. My misleading intuition here is that size tracks complexity of internal and behavior, and in a sense, the intuition isn’t totally misplaced – no single-celled organisms that we know of can engage in operant conditioning or conceptual learning, for example (and the only creatures capable of writing piano concertos are human-sized). But very tiny creatures can do an awful lot. Spiders engage in complex spatial mapping of their environment and use astonishingly sophisticated hunting techniques. Likewise, honeybees can seemingly learn to use abstract concepts like “same” and “different”, generating internal rules that go beyond standard associative learning. I find myself continually (and happily) surprised by the growing literature on insect intelligence for precisely this reason: these tiny creatures can do vastly more than I ever suspected.

As I’ve stressed, these intuitions aren’t totally wrong – in some cases, they’re handy heuristics. But it’s useful to pay attention to what surprises you: very often, you’ll spot a potentially misleading intuition that should be kept under close watch. And of course, it makes it easier to feed for your appetite for delightful and startling new facts. So, if any readers can suggest similar intuitions (and similar troves of surprises), please let me know!