What kind of a jerk are you? 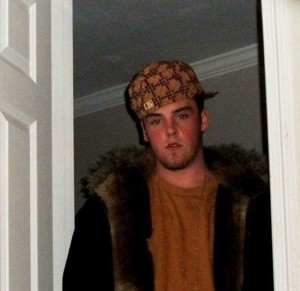 What makes someone a jerk? Is it merely being rude, or selfish, or is there something more subtle that underlies the behavior of the jerk? And just as important, how do you know if you’re a jerk yourself?

(NB: ‘jerk’ is far more common in American English than British English; I’m not quite sure whether there’s a precise British equivalent, but calling someone a “dick” seems to do much the same job; “wanker” comes close, but seems to be a bit less damning.)

These might not seem like typical philosophical questions – truth, beauty, reality stuff – but they’re important to us in an immediate, practical way: almost no-one wants to be a jerk, after all. And philosophers seem as well equipped as anyone to answer them: unpicking the hidden meanings of “jerk”, connecting the term to different kinds of psychological state and behavior, and forging links with scientific data in social and personality psychology – that’s the kind of stuff philosophers do all the time.

This is precisely the project that philosopher Eric Schwitzgebel has put himself to. In a series of blogposts and papers, plus a great summary piece in Aeon, he’s given his account of what makes someone a jerk –

“The jerk culpably fails to appreciate the perspectives of others around him, treating them as tools to be manipulated or idiots to be dealt with rather than as moral and epistemic peers.”

Putting that a little more loosely, we can say this: jerks don’t value or recognize other people’s ideas and concerns as having value comparable to their own. They don’t recognize that the other people waiting in line might also be in a hurry; they don’t consider for a second how humiliated a victim of one of their mean jokes might feel; they don’t take seriously the possibility that the person they’re talking to might know more about the topic under discussion than they do.

So much for what jerks are. But how do you know if you are one? Eric has a nice answer to that as well. Rather than trying to assess our own strengths and weaknesses directly (an exercise vulnerable to self-justification and special pleading, especially in the case of jerks), we should look at how we judge others.

“Everywhere you turn, are you surrounded by fools, by boring non-entities, by faceless masses and foes and suckers and, indeed, jerks? Are you the only competetent, reasonable person to be found?”

If the answer is yes, then, well, you might want to sit down. That’s what it’s like to be a jerk.

However, I think there are relatively few ironclad jerks in the world. We already know that most of our behavior is heavily influenced by the situations we find ourselves in, and we might expect jerkishness to be the same. In other words, I expect most jerkish behavior is not committed by total jerks; it’s committed by people who are generally decent, and are either having a bad day, or have particular contexts in which their jerkishness comes to the fore.

So, if you want to identify and correct your jerkishness, it’s probably not enough to examine your attitudes as a whole. Unless you’re a total jerk, you’ll probably find that most of your interactions are fairly innocent. But that doesn’t mean you’re in the clear: to do that, you should think about the moments when you’re at you’re at your worst. Maybe you’re a terrible commuter, or snide in dealing with your parents, or shitty to your students.

To assist in this endeavor, here’s a short taxonomy of some notable subtypes of jerks. This list isn’t exhaustive, but I think most of us are guilty of one or two of these behaviors.

(1) The bore
“I’m going to tell this story whether you like it or not.”
The bore is a relatively benign sort of jerk, unless you’re sat next to them at a dinner party or on a long flight. The bore has a number of passions and interests that they believe are important and interesting and everyone should listen to. They don’t care whether other people are interested. They should shut up and listen. Hence the bore feels no obligation to try to make their stories relevant, or engaging. And here comes the hallmark of a bore: once their interlocutor gets a word in edgeways, and starts telling a story of their own, they shut down. They don’t care. They never did.

(2) The martyr
“My wife and family don’t appreciate everything I do for them. They’re all selfish.”
The martyr is an atypical jerk. They need not be flashy or bossy or domineering. However, like all jerks, they exhibit a gross moral asymmetry in their judgments of themselves versus others. Specifically, the martyr does’t appreciate or care about the sacrifices and difficulties faced by others, while blowing their own sacrifices and challenges out of all proportion. The martyr will sit next to their friend’s hospital bed relating without a shred of irony how terrible the traffic was and how grateful they should be for having such a giving friend.

(3) The drama king (or queen)
“Oh my god you’ll never guess what Jonathan said to me last night!”
Combining elements of the bore and the martyr, the drama king or queen has a terribly exciting, tragic, fascinating life – at least that’s how they see it. Every element of their personal life – their relationships, their crushes, their friendships, their betrayals – is uniquely brilliant and interesting. The only thing as striking as the richness and complexity of their own lives is the utterly drab nature of everyone else’s: they don’t want to hear about your relationship, or your sick relative, or how you just got fired. And besides, there’s no time – they have to tell you about what that treacherous harpy Linda said to them last night.

(4) The ideological jerk
“You’re literally worse than Hitler.”
The ideological jerk is self-righteousness personified. They have a cause, and anyone who doesn’t care about it as much as them is a moral vacuum. “If you’re not part of the solution, you’re part of the problem”, they say, as they castigate their friends and family for failing to take action on their pet issue. The ideological jerk isn’t simply a well-meaning person who wants to make the world a better place: they don’t take seriously the possibility that they might be wrong, and (secretly) would be very annoyed if too many others flocked to their cause. After all, the goal of the ideological jerk isn’t to change the world, it’s just to rationalize what they’ve known all along: that they are simply better than other people.

(5) The intergenerational jerk
“You think you have it hard? Kids these days!”
Jerks in general fail to appreciate the perspectives of others. The particular perspective that intergenerational jerks fail to appreciate is that of people who are younger (or older) than them. Their own teenage drug use was “innocent self expression”, but kids these days are “reckless and lazy”. Their own political activism was genuine, passionate, motivated; their kids’ pet causes are just Facebook posing. But this kind of jerkishness cuts both ways; the angry college kid who complains about how the “baby boomers ruined the environment” or were “cosseted by the government” might willfully ignore their reckless patterns of consumption and extravagant parental support.

(6) The vice jerk
“You know too much TV is bad for you, right?”
The vice jerk is another type of moralizing jerk. They systematically find fault with other people’s lifestyles, while remaining blissfully unaware of their own. “Fat people are unhealthy and disgusting,” they say, as they puff away on a cigarette. Note that the vice jerk isn’t just a hypocrite; we’re all guilty of failing to live up to our own ideals sometimes. Rather, they judge other people’s behavior by much harsher and inflexible criteria than they apply to their own, with the underlying goal of (yet again) reinforcing their own exaggerated sense of self-worth. What’s pardoned away or ignored in their own case becomes evidence of vice and depravity in others.

(7) The social jerk.
“I can’t believe what’s-her-name forgot my birthday.”
Another moralizing jerk with a strong resemblance to the martyr, the social jerk thinks they’re just a better friend than most people. They remember your birthday (except when they don’t), and they take pains to ask how you’re doing (except when they have something else on their mind). As far as they’re concerned, they take their friendships seriously, while everyone is selfish and thoughtless. In reality, though, one way or another they’re probably a pretty shitty friend, perhaps prone to vanish off the radar in a fit of pique or to gleefully speak ill of you to others . They seize on minor lapses on the part of others (an unreturned call here, a missed birthday there), while remaining willfully ignorant of their own more grievous social failings.

(8) The money jerk
“You want to cover my drinks tonight? After all, you owe me.”
The money jerk is (or can be) a nice example of a single-issue jerk. Perfectly nice people can be real jerks about money. Specifically, the money jerk never forgets a drink you owe them, or a time they picked up the check. On the other hand, they’ll remain willfully oblivious of anything you’ve ever done for them. They’ll ask for gas money after giving you a ten minute ride home, but will be outraged if you ask them to chip in for a pizza (“but I only had one and a half slices, and besides, I don’t even like pepperoni”). As far as the money jerk is concerned, the world is full of misers and spongers, when they exhibit both these vices in spades.

(9) The academic jerk
“Ethics is junk. I do analytic metaphysics because I want to study something real.”
Academics can be jerks in lots of ways – unresponsive to their students, dismissive of colleagues, and cruel to kittens. But one particularly common jerkish tendency I’ve noticed as a philosopher is a tendency to accentuate the importance of one’s own work and interests while utterly disregarding your colleagues’ areas of expertise. And this in spite of having little to no awareness or understanding of those fields. What makes this especially jerkish is its self-serving and unreflective nature: there’s no point in them learning anything about, say, continental philosophy, because if it was good, it might undermine their own smug sense of superiority (“and besides, it’s all junk anyway”).

Of course, we can – and should – think critically about which paths of study and research are most deserving of our time and energy, and be willing to call out pernicious or unhelpful theoretical approaches in other disciplines. But that kind of critical engagement takes work – and the academic jerk doesn’t have time for that. He has much more important things to be doing.

« Veganism and ideological compromiseDo we have a moral obligation to host refugees? »