The British Election: a few reflections 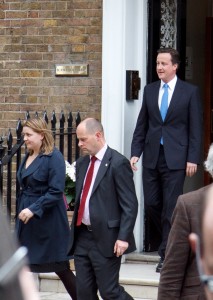 The British election confounded pollsters and disappointed many, including most of my friends in the UK. I too wasn’t thrilled by the result for many reasons. Here are just a few thoughts on the significance of the election, and how it’ll shape Britain for the years to come.

It’s sad – when I look ahead to Britain twenty years from now, I foresee an independent Scotland, and the rest of country even more dominated by financial services and the London bubble. Good news for wealthy financial service professionals, plus Arabs, Russians, and other long-term London tourist-residents, and okay for the people who are happy to clean their homes, sell them cars, and watch their children. Bad news for most everyone else. We won’t be EU members, and we won’t have much other domestically owned industry to speak of, although we’ll continue our commendable trend of fostering small innovative high tech startups like Deep Mind for American firms to buy out. We’ll possibly have about as much global influence as Australia or Canada if we’re lucky (probably less, since we don’t have any natural resources to sell).