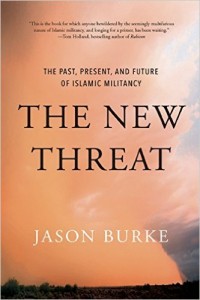 I have a mild addiction to 24 hour rolling news, so this year I’m instead trying to channel that interest into reading good non-fiction books on history and politics. I started with Jason Burke’s latest book “The New Threat From Islamic Militancy”, which gives a history and analysis of violent Islamism. Burke himself is a veteran Guardian correspondent, and his previous books have received rave reviews from critics with quite different politics (The Economist and Noam Chomsky are both big fans). In this work, he is concerned with analyzing the threat violent Islamism poses to the West, though he recognizes and repeatedly acknowledges that the overwhelming majority of its victims are in the Middle East and Central Asia.

I found the book extremely thoughtful, engagingly and clearly written, and very rich in content, so I can highly recommend it. Here are three of the main things I took from the book.

This is just a crude summary of some of the book’s many excellent points. It makes excellent reading for anyone interested in understanding the origins and future of Islamic extremism, and the nature of the threat it poses to the West. You can find it here.